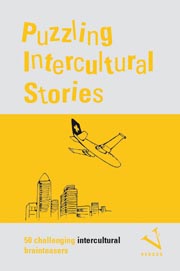 
What are Puzzling Intercultural Stories?
Puzzling Intercultural Stories is a compilation of entertaining short stories taken mainly from the world of international business, with amusing, surprising, and sometimes bittersweet endings. They are based on real events and encounters experienced by the authors, with changes made so that the original protagonists remain anonymous. Most of these situations were experienced by Europeans. This shows how diverse Europe is. It also means that non-European players have an additional benefit: they can explore intercultural situations in depth and learn about Europe at the same time.

Why should you play Puzzling Intercultural Stories?
Todays world is often regarded as rational, full of figures and hard facts. Behind this façade, however, there will always be people with their individual assumptions and attitudes, their own ways and values. In our globalised world more and more people from different cultural backgrounds encounter each other  pitfalls and putting ones foot in it are inevitable. Different cultures mean that in the same situation totally different interpretations and modes of behaviour are possible. In order to raise awareness of the importance of a culture of cooperation, the authors devised the Puzzling Intercultural Stories. They are excellent tools to practise lateral thinking, thinking outside of the box and changing perspectives, as well as being creative. This can contribute to breaking up thought patterns and old habits  to leaving the beaten track. Playing Puzzling Intercultural Stories is not only an amusing and pleasurable, but also a stimulating pastime.

Who plays Puzzling Intercultural Stories?
All those who enjoy lateral thinking, who would like to leave the beaten track and explore their own blind spots; to lighten the mood during seminars and training sessions; as an introduction to special topics; as an exercise to expand and reinforce a subject; or as an enjoyable way of spending a relaxing evening after a hard days work.

How do you play Puzzling Intercultural Stories?
Puzzling Intercultural Stories is a group activity. There is a Master of Ceremonies (MC) in charge of the cards. The players have to solve a riddle by asking astute questions and showing determination in their approach.
This is how it works: One of the players takes on the role of MC and reads out the story printed on the front of the card. The players are expected to find out what (has) led to this outcome. They can ask the MC questions, which s/he may only answer with a yes or no, on the basis of the solution printed on the back of the card. This way, question by question, the players move closer to the solution. The player who comes up with the right answer gets the card and is the next rounds MC.
But, remember: only closed questions, i. e. those which may be answered with yes or no are permissible. Open or alternative questions will be rejected by the MC, who will then ask the player to rephrase them. The MC may also reject any question s/he may think irrelevant to the solution. In this case s/he informs the player of this fact. The players have to accept that the MC is always right, as s/he is the only one who knows the solution on the back of the card. There may have been different reasons for the story and its outcome. Puzzling Intercultural Stories offer one possible solution.

The authors
Christa Uehlinger who is an experienced intercultural advisor with a long international track record, holds a doctorate in law. More than ten years in international business, working as a manager and consultant for globally operating companies, made her realise that culture is often seen as a threat and not as potential. Her penchant for lateral thinking as well as her fascination for other people and cultures led her into intercultural realms. She studied intercultural communication at ICI in Portland. Today she works with leading companies from different industries as well as municipal employees, nurses, teachers and multicultural teams, supporting them to discover the beauty of alien cultures, to share the sensation of being different and thus to make cooperation more effective. Additionally, she is a lecturer in intercultural communication and publishes articles on this topic. Her curiosity to discover other cultures and people led her professionally and privately to Europe, Canada, the US, India, Australia and Asia where she has lived, worked and travelled. Born and bred in Zurich in multicultural Switzerland, she speaks Swiss German, German, French, English and a bit of Italian.

For more than 20 years Hans Lampalzer has experienced that cooperation and trust cannot be decreed. Subsequent to his officer training at the Worlds oldest Military Academy in Wiener Neustadt, Austria, he read translation studies and his dissertation dealt with the link between intercultural issues and security. He has worked as an election observer for the Organisation for Security and Co-operation in Europe and has served in the Balkans. Due to his expertise in foreign and security policy, Russian language skills and numerous visits to Eastern Europe, Hans Lampalzer is also a regular contributor for the Austrian Military Journal. He has designed and presented workshops for civilian and military audiences, among others for the European Security and Defence College. As a teacher in adult education, working for different Austrian Universities, it is important for him to provide individual support for his students to enable them to profit from their experience.

René Schrackmann completed his degree in International Management in Switzerland. He also studied in Australia. Over the past 10 years he has worked on three continents contributing to small enterprises as well as large international firms, advising them on financial and strategical matters, in accordance with key account management. Additionally he mentors employees by running seminars and training workshops where he touches on intercultural questions, peoples behaviour and communication. He believes that a companys success depends on a significant understanding of other peoples needs, where intercultural aspects play an essential role. This holistic view leads to the establishment of substantial value.

The artist Ralf Alex Fichtner (R.A.F.) began studying at university three times, dropped out three times, and finally decided to become the GDRs showcase representative of black humour. Since then he has been painting pictures in blood; he writes horror stories and, something completely new, illustrates Puzzling Intercultural Stories. 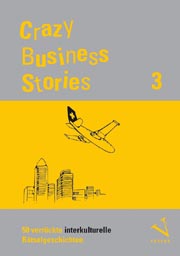 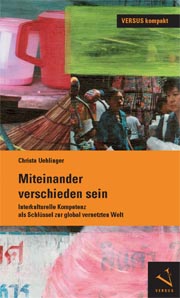 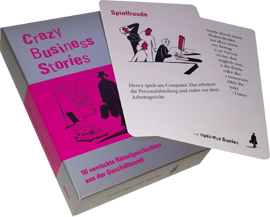 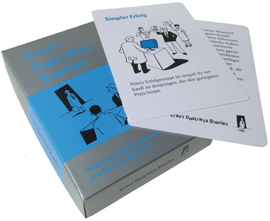